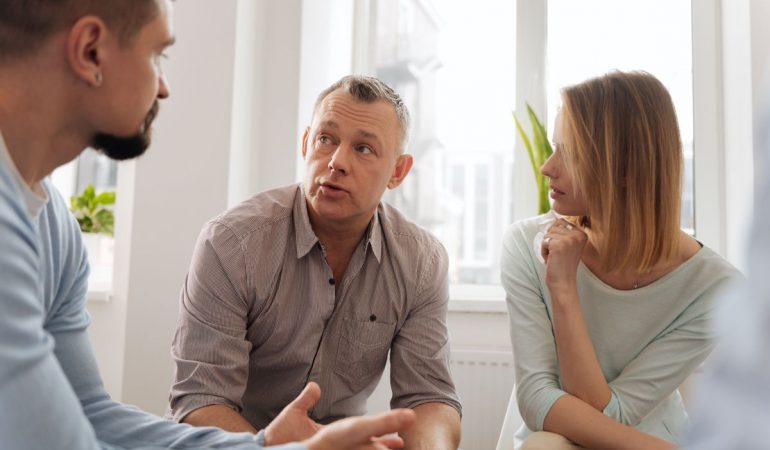 To know or not to know? According to YouGov survey, a majority of people believe that diagnosis of dementia can make a difference in the future condition of a patient. Even though for most types of dementia, there is no cure, and treatment is limited, a person and the relatives can get ready for what’s to come. Dr Emer MacSweeney, CEO and Medical Director of Re: Cognition Health, also says that early detection of the disease is a key to the right treatment. But why is it worth knowing?

When dementia makes you question everything

To detect the disease, we have to be able to identify the symptoms. To do that, we need to increase knowledge on the topic as the level of awareness is still not satisfactory. One of the key findings of the YouGov survey shows that almost 50% of people don’t perceive dementia as fatal, and 11% weren’t sure of the symptoms.

With this in mind, let us come back to the basic definition – dementia is an umbrella term for diseases such as Alzheimer’s disease, dementia with Lewy Bodies, vascular dementia and many more. It’s connected with memory loss, a decline of cognitive abilities, and changes of behaviour. You can read about the stages and what causes dementia in our previous blog post.

Early signs of dementia include

– difficulty in carrying out familiar tasks

– being confused about time and place

Two situations in which it’s worth checking yourself

– when you experience any of the above symptoms

– when someone from your family was diagnosed with Alzheimer’s disease

The question is: If you had it, would you want to know?

Sometimes, people don’t want to hear the diagnosis of their condition only because it would make everything worse. The information would paralyse them. The anxiety, panic attacks, lowered self-esteem are just a few of the consequences of “knowing”. All of it would lead to more stress and as a consequence, a worsening condition. And sometimes, it’s just avoiding medical care. The “I’m not going to doctor with it, I’m fine” and “What if I go, and he will diagnose some disease?” mindsets.

While we are on the topic of denying that something is wrong with us, it’s worth mentioning that a reverse situation is also possible. There are cases when doctors decide not to tell a detailed diagnosis, to save the patients from themselves. In that case, they only inform their families. According to the survey, it all depends on the stage of the disease and on the patient’s attitude. Usually, if it’s at the early or middle stage, consultants discuss it. In other cases, not so much.

Let’s assume that you have this kind of attitude for years or you think it’s an inevitable part of ageing (if you read our posts, you know that’s not true). Dementia progresses, but you still neglecting it. What happens then?

Without proper medication and care, dementia progresses faster and more aggressively, which leads to a shorter life. The person changes, the actions and mood become unpredictable. This includes communication and mobility problems, as well as possible aggression and in some cases, hallucinations. Very often, a person doesn’t recognise close relatives and makes insensitive comments, which affects relations. It’s exhausting for the family and for the patient.

What good comes from knowing?

The vast majority of survey respondents would like to know if they or their relatives had dementia. They believe it would help them to cope with the situation better. Understanding the core of the problem is a big help for providing needed care and attention. It’s also more convenient for a patient who can be less frustrated with her or his actions and become more gentle and considerate with herself or himself.

5 reasons for getting tested

– medications help reduce the symptoms and slow the progression

– possibility of prolonged and active life

– there is less anxiety over “what’s wrong with me.”

We need to increase awareness so that more people would decide to take a free online test to find out if their symptoms are severe enough to visit the doctor. Sometimes, forgetting things is normal (https://naturalreminders.com/when-forgetfulness-is-a-problem/), or it can mean other things than dementia, such as problems with the thyroid. One way or another, there’s no harm in checking right?

Do a test now

Our test, the MCIDET, is designed to be used by two people. First is the person who has started to become more forgetful or whose cognition or behaviour seem to be changing for the worse. The second person is the one conducting the test – this can be an adult child, spouse, sibling or a friend.

Similar to other tests, the MCIDET has 30 simple questions and gives a point for each correct answer. The final score shows 1 of 3 possible results. The person being tested is:

In the case of either of the latter two, we recommend going see the doctor or psychologist for further checks.

If you think you might have dementia, ask your friend or relative to test you (don’t do it yourself). Get peace of mind and do the MCIDET test now. The future is in your hands.

By continuing to use the site, you agree to the use of cookies. more information